Broadband subscriptions up in Uganda

The number of broadband subscriptions in Uganda now stands at 23.7 million after 232,000 were added between April and June 2022.

The UCC said the 23.7 million broadband subscriptions translates into a broadband penetration of 55 internet connections for every 100 Ugandans. This also signifies an increase in demand for smartphones. The UCC expects a significant increase in competition within broadband service delivery and anticipates a decrease in the cost of internet services.

Uganda’s Parliament has approved a US$140 million loan with funds earmarked for a major digital project to improve internet connectivity in the East Africa nation. Parliament approved the loan, equivalent to 523 billion Ugandan shillings, to finance the Uganda Digital Acceleration Project (UDAP).

If implemented, the project will go a long way in improving connectivity in the country.

“The project is intended to ensure that high bandwidth data connectivity is available in all major towns of Uganda at a reasonable rate; and electronic government infrastructure aimed at reducing the cost of doing business in government, improving communications between government agencies and reducing the need for officials to commute for meetings and thereby increasing efficiency,” said John Bosco Ikojo, the chairperson of the Committee on National Economy.

Cameroon to gain from heavy investment

MTN Cameroon, Orange Cameroun and Nexttel (Viettel) have committed to a cumulative investment of 156 billion francs CFA in 2023, according to Justine Diffo née Tchunkam, chair of the Telecommunications Regulatory Board (TRB).

The funds will be used to extend network coverage and improve the quality of electronic communication services.

In December 2022, the three MNOs (under the Cameroon Association of Telephone Mobile Operators (CATMO), and Camtel reached a multi-party framework agreement with the objective to improve the quality of electronic communication services and network performance.

The US Trade and Development Agency (USTDA) has awarded a grant to Nairobi-based internet service provider Poa Internet Kenya Ltd. for a feasibility study to help expand affordable internet connectivity to one million households in low-income urban areas outside of Kenya.

“Poa Internet’s use of fixed wireless technology is particularly well suited to urban areas. It is also a segment in which U.S. companies are particularly competitive. Our partnership will help increase access to affordable internet and contribute to the vibrant economy of Africa’s cities,” said Enoh T Ebong, director, USTDA. 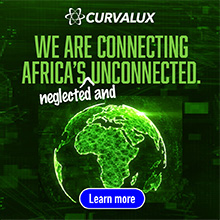