Solomon Islands has secured a US$100m loan from China to build 161 mobile communication towers, to be erected and supplied by Chinese tech giant Huawei.
The move was celebrated by the Pacific nation’s government as “a historical financial partnership” between the two countries that would “work closely to ensure the successful implementation … of the project”.

The loan, the island nation’s first from Beijing since it switched diplomatic allegiance from Taiwan to China in 2019, will come from the Exim Bank of China, with a 1% interest rate.

US global communications provider Omnispace wants to be the first company to deliver a global 5G non-terrestrial network with connectivity directly to mobile devices from its low-earth orbit (LEO) satellites.

The move comes after the company completed the launch of two satellites through its Omnispace Spark program earlier this year. It believes the future of communications is hybrid — where satellites extend and augment terrestrial mobile networks.

Fellow US firm AST SpaceMobile is currently building a space-based cellular network designed to be accessible directly by standard mobile phones. It launched its first satellite in March 2019 and it has taken its second satellite, BlueWalker 3, to Cape Canaveral in Florida with launch plans for the end of the summer.

This initiative comes under the program to develop and broaden the digital services provided by the operator, according to local press.

Customers who apply for Dhiraagu fibre packages will receive installation services for free as well as a free router or ONT for the fibre network.

The company has described this “as a golden opportunity” for customers to choose the variety of packages including the biggest data allowances and swift speed.

Mortellaro joins after an extensive career spanning 30 years in the satellite industry, leading global sales, marketing and business development activities of companies; first as a broadcast sales director at Intelsat and subsequently within Loral Skynet Group, which merged with Telesat in 2007, in the positions of global sales VP and latterly international sales VP. 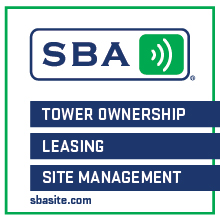