The Tanzanian government plans to use electricity infrastructure to deploy additional internet broadband connectivity and services across the nation – a project that will be by state-owned Tanzania Telecommunications Corporation Limited (TTCL).

It is understood that the partnership will connect ten regions to the national fibre network and expand broadband to at least 4, 449km, more than double the planned 1, 880km in the 2021/2022 financial yea 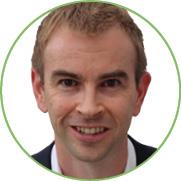 An analysis by the Global Certification Forum (GCF) has revealed that the rate of adoption of 5G technology in mobile devices is significantly outpacing the rate at which 4G LTE was adopted in its early years. GCF is a non-profit, global, membership driven organisation. With more than 300 members from major operators, MVNOs, all major device and IoT manufacturers and the test industry, working together with key industry partners on certification programmes demanded by the market.

One of 5G’s cornerstones will be ultra-reliable low-latency communications, significant for mission critical use cases including semi-autonomous driving, and many more benefits are promised. Much of this improvement, the increases in performance and efficiency, and greater flexibility and variety of offerings, will be built upon the virtualisation of services. Here, hardware and software will be separated and commercial off-the-shelf computer systems will replace dedicated equipment proprietary to specific vendors within the telecom infrastructure.

Users of mission critical communications typically operate in environments and/or circumstances that are dangerous, challenging, and perhaps even life threatening. It is therefore essential that they need to trust the communications services that support them. In extreme situations, the communications channel is of vital importance – it can literally mean the difference between life and death.

For communication services to be truly mission critical, they need to be available always and everywhere. Natural disasters, terrorist attacks, road, rail or air accidents can happen anywhere - it is impossible to predict when and where incidents will take place. Therefore, excellent geographic radio coverage is the most important aspect for high service availability. The mission critical network must be resilient, with redundancy, fallback options and off-network communications capability.

A new study has found that two subsea cables off west Africa were severely damaged by undersea mudslides, which may have been linked to nearby river flooding.

In January 2020, the south Atlantic 3/West Africa (SAT-3/Wasc) cable, linking Africa to Portugal and Spain was hit by a breakdown in Gabon, whilst the West Africa Cable System (WACS) that connects South Africa to the United Kingdom saw an outage off the coast of the DRC Congo.

Later, in March, the WACS cable experienced a further break affecting international bandwidth.  Whilst many ISPs suffered extended outage periods, most of the major mobile operators were able to mitigate the impact on internet traffic due to their redundancy measures and were in a position to redirect data traffic to other subsea cable networks. 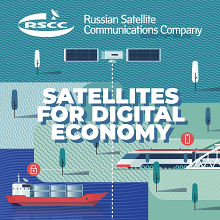