Telecom Namibia has signed a partnership agreement with OMDis Town Transform Agency (OMDis) to deploy 67.6km of optical fibre in Oranjemund at a total cost of N$12 million, as part of a project to transform the town into a smart city.

“A smart city requires connectivity between citizens, service providers and government,” said said Amanda Hauuanga, deputy chair of the board of Telecom Namibia. “Telecom Namibia understands the central role connectivity plays in a smart city ecosystem and therefore we believe we are the most appropriate partner to help OMDis transform Oranjemund into a smart city with all things digital.”

Ground Control has developed a new satellite IoT gateway and trialled it in Central Africa as part of an exercise to combat poaching of endangered and monitored wildlife.

In the trial, the satellite IoT gateway enabled Digital Forest to integrate two-way messaging into its systems via RockREMOTE, which transfers 100kb of data per message. They were then able to transmit satellite images in real-time to rangers tasked with catching illegal poachers, whereas prior to this its image capture methods only allowed them to analyse data retrospectively.

MTN Benin and Ericsson have partnered on the deployment of an artificial intelligence (AI) and machine learning (ML) solution in Africa to address throughput challenges.

A network management system utilising AI and ML has been designed to address throughput degradation and improve customer experience. This builds on the existing Ericsson Operation Engine designed to provide data-driven network operations, including AI-enabled cognitive software for network optimisation.

The two industry partners have asserted that the ongoing rise of connected devices has led to an increase in spectrum requirements putting a strain on certain sites.

Inmarsat’s new ‘Internet of Things Growth Plan’ will give distribution partners access to a preferential pricing framework to help build competitive large scale IoT solutions using the BGAN M2M service. The pricing plan is just the latest benefit to be enjoyed by members of the ELEVATE programme, the goal of which is to attract highly innovative, fast-moving IoT solution providers into the BGAN M2M fold. 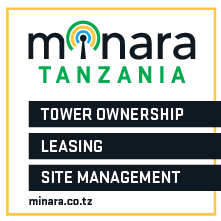