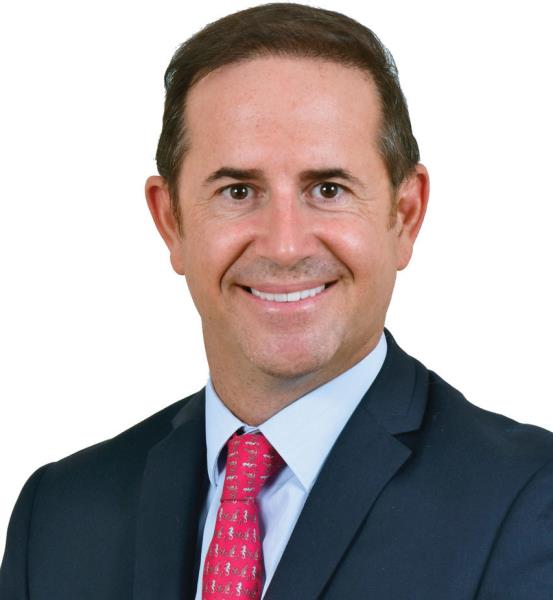 My biggest career break came in 2005 when I decided to start an ISP in Niger, Liptinfor. had previously been working in Angola for an Italian food distributor but wanted to be in charge of my own destiny and work in technology.  I asked for a credit at the bank and started looking for opportunities not so far from my family in the IT and telco sectors. Securing a license in Niger was just the start.

To begin with we provided 1024 kbps down and 120 Kbps up using VSAT. With this small capacity I served 11 customers with a wireless solution. Now we are buying 2.5 Gibabits and have about 1500 customers all over Niger.

Who did you most admire growing up?

I grew up in Gabon, Senegal and, for the most part, Burkina Faso. My father worked in IT mostly selling computers and connectivity including, at the very beginning, internet dial up connections.  I got my taste of entrepreneurship from both my parents who inspired me - and still consult them regularly on important strategic decision for Liptinfor.

Niger is very similar to Burkina, same environment, same friendly people.  After 15 years living and working here, I am still loving it.

What has been the greatest technological innovation in your lifetime?

For me the greatest technological change during my lifetime are smartphones. They enable us to do everything from anywhere as long as we have connectivity.

For my business, in recent times the use of SD-WAN technology from Gilat Telecom has really made a difference and enabled us to maximise our satellite and fiber bandwidth.   Niger is far from the sea with unstable fibre paths. SD-WAN has enabled us to provide a continuous stable service with improved QoS even when some paths have issues or are totally down.  Both our retail and enterprise customers have commented on the improved speeds and higher up-time, and our network managers are thrilled to have greater control over capacity.

Did Covid affect your business?

Globally, Niger was not affected too much by Covid. By September 1,182 cases had been reported with 69 deaths. However, our business to business market was affected (especially airline companies and hotels) but we manage to load balance this loss with increased demand from residential customers. Lots of the NGOs and commercial businesses started to work from home and needed fast and reliable connectivity. As across the world, reliable Internet in Niger is becoming as important as electricity or water.

We are growing quickly and remain nimble in our approach.  We are going to expand our network, make our link more redundant, get more international capacity and improve our SDWAN usage.

Tell us about the telecom market in Niger

Niger is the largest country in West Africa with a population of around 23.8 million, 57% of whom are less than 18 years old.  The state-owned operator is Niger Telecoms and there are three other MNOs: Bharti Airtel , Zamani Com (ex Orange) and Moov.

Niger is a challenging market for all operators for a number of reasons: very high temperatures, vast distances between populated areas, security issues and energy supply shortages.

The Digital 2020 report for Niger found that there were 11.1 million mobile connections (equivalent to 47% of the total population) in Niger and 2.78 million internet users in January 2020 which is 12% penetration.

In December 2016, the Niger government obtained a €31.4m loan and a gift of €12.5m from the The African Development bank to build the national leg of the network. Hopes are high that this may act as a catalyst for further investment in fibre.

In July 2020 The World Bank announced that it had set aside $100 million to help Niger implement an ambitious program to use digital infrastructure and services to modernize its economy and strengthen access to basic services.

The Smart Villages for Rural Growth and Digital Inclusion project aims to increase access to cellphone and broadband services in rural areas and to bring digital financial services to selected underserved areas in Niger.

Most specifically, the SmartVillages project will increase digital connectivity by supporting reforms that would help create an enabling environment for private investments in the telecoms sector. It will promote women’s access to telecommunications and financial services by helping develop a national digital equity strategy.

Liptinfor has been operational in Niger for 16 years providing Internet services across the country. As well as the state-owned operator and three MNOs there are two other ISPs (SANCFIS, Atlantique Futur technology) in the country and our differentiation is clear:  excellent customer service whilst always exceeding expectations.  We never overpromise and we always over deliver.

We use the O3b and IS14 satellites, wireless broadband - and the country’s fiber backbone owned by Niger Telecoms and mostly in the capital, Niamey, and the northern city of Agadez.

What are the greatest opportunities and threats for your business?

The opportunities are in the fact that Niger still needs a lot of telecom infrastructure to be built, the population is young and fast-growing and hungry for voice and data.

The threats are the stability of the region; we recently have had a big terrorist attack and there was also a coup in Mali which is threatening the stability of neighboring countries including Niger. However, we have elections in Niger in a few months and are hoping that this will bring stability and peace.

Who is your musical hero?

I have many but my choice will go to Julio Iglesias because of my Spanish roots and because he is an amazingly talented musician/songwriter who is able to sing in so many different languages.

If you had to work in another industry, which would it be?

I love my job even if it is very stressful having to provide a 24/7 service no matter what in such a difficult environment.  I think I would stay in the technology industry as in the past decade we have seen so much progress that has made our lives better with robotics communication, mobile health etc.. and all this progress is possible because people think of new ideas and make them come true.

What would you do with $1m?

Well I don’t think I have even won a single dollar in my life without working for it but if this does happen one day then I would reinvest it for my kids to make sure their future is guaranteed and they don’t miss anything.

Which business person do you most admire?

There are so many that it is difficult to choose. There is one specific person who is also a good friend named Abdoul Dia, the CEO of VTS Burkina Faso. It took him just a few years to build the biggest ISP in Burkina.