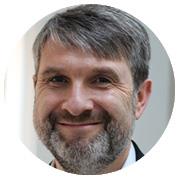 When I became a ghostbuster and I don’t really believe in ghosts! My career was going along quite nicely; apprenticeship, degree, graduate engineering, engineering manager etc., probably similar path to many folks. One night I was watching television and a programme called “Most Haunted”, an entertainment show where ghost hunters scare themselves stupid in a spooky house, and they showed these bright white sparks being captured on video. At that time I was working on a project for a very large US automobile company and I’d invented a simple device that measured negative ion fields from electric discharge – a spark. The available negative ion detector units on the market at the time were priced at approximately $1,000, but I could produce and sell a unit for $50. I phoned up a few ghost clubs and bingo, I had the start of my own business. I ran this business for about 3 years and covered all aspects of marketing, sales, production, new product development, logistics, shipping – basically everything. The business was totally bonkers and I became the number one supplier in the UK, supplying all the paranormal investigative clubs, presenting at conferences, appearing on ghost TV programmes. I then finished the business and licenced the products to a couple of contacts in the wireless business – one of them being a senior Director in T-Mobile. Anyway it taught me so much about what it takes to run a real business at grass roots level and it gave me the knowledge and confidence to leap across fully into the commercial side. I then took business development and sales management roles in companies including UL, Keysight and my current role heading up Vialite Communications. If you’re serious about business, doing an MBA is perhaps one useful way, another way is to just start a business.

Who was your hero when you were growing up?

As a nerd and amateur inventor growing up in the early eighties, I was a Sinclair computer fan. Christmas 1981 I came down with chicken pox so I spent the holiday in bed with my brand new Sinclair ZX-81 complete with pressure sensitive keyboard trying to work out what a program was for the first time; best Christmas as a child ever. Sir Clive Sinclair was the man of the time with his ZX-81 and then Spectrum computers, but I never got my hands on the Sinclair C5 electric trike. He was so far ahead of the time as proven now by the proliferation of electric vehicles. If only we kept the faith in what he was doing; just look at Tesla!

In the late nineties I was involved in radio equipment test and approval. In 1999, the Radio equipment and Telecommunications Terminal Equipment (R&TTE) directive was introduced across the European Union, basically ending national type approval. Harmonising approvals across nations is no bad thing, but the implementation dropped many performance and protocol requirements effectively lowering the bar to cheaper, more poorly designed and manufactured imports. In my opinion it massively harmed the technical manufacturing capability of Europe and we ended up with lower performing wireless products as a result. So I would support raising the bar again. Anyway, just after this regulatory change happened in 1999 we had the UK 3G mobile phone spectrum auctions, where the government raised over £20 billion from five licences. Then a little bit later Motorola closed their West Lothian flagship mobile phone factory; shame the auction monies couldn’t have been used to support the UK wireless industry; just saying!

What’s the strangest question you’ve ever been asked?

I was stood in front of a group of executives from AT&T in an office in Seattle and one of them asked “Do you realise what you’ve presented is possibly a career limiting move?” It was one of those bottom clenching moments that only happen fortunately a few times in your career. Basically this was in the early days of the development of 4G cellular. At that time Verizon had released its infrastructure rollout plan and the frequency bands it was going to occupy; AT&T had not released their plan yet. My presentation showed support for the Verizon frequency plan, and no frequency plan for AT&T. Perhaps the AT&T executive thought I was a mind reader about what they were planning to do, but it taught me an important lesson about how competitive information should be presented on product roadmaps!

What’s the best piece of advice you’ve been given?

During your career you meet some absolute gems and few years ago I was working with a Global Sales Director called Mr Pax Andersson. Pax was a loud, brightly dressed, gregarious, Swedish, demanding, funny gentleman who made a big impression on anyone he met. When he joined the company I had the job of training him about our product line up and how we go to market. Before I wheeled out my standard presentation spiel he just said to me “Look Richard, don’t bulls**t me with a long slide-deck, I just want to know three things; (1) Why does the customer buy this type of product? (2) Why should the customer buy the product from this company? (3) Why should the customer buy it now?” He wanted these three simple questions covered off in every piece of communication to the customer, whether in a presentation, chat, exhibition stand, press release, basically everything that is communicated. It’s a simple mantra, but crikey it really focusses your messaging. Sadly Pax passed away just as he retired, and he is missed a lot. Pax also had another interesting mantra, one given to him from his Swedish grandmother about eating fruit; “When you get a piece of fruit, wash it. Then wash it again. Then wash it again. Then wash one more time. Then put the fruit in the bin.”

What would you do with US$1m?

Well obviously this starts with buying the Mrs Jacklin something nice, probably a cruise somewhere when the pandemic has been overcome. I suppose I would also put some money down for house deposits for the daughters. Getting your first property in the UK is becoming increasingly hard for first-time-buyers, so bank of mum and dad will probably be needed. Then I have a list of guilty pleasure purchases based mainly around my love of analogue synthesisers; Sequential Circuits Pro-One, Roland TR-707, Oberheim Matrix 12. Oh, and I almost forgot, a Sinclair C5 electric trike. Can’t say at this stage in my career I would necessarily invest it or start a new business, I think I would rather enjoy spending it more frivolously.

If you could live anywhere, where would you choose?

I’ve been lucky to see a lot of places around the globe through work travel, and some of my favourite places include Austin Texas, Oulu Finland, actually most of Scandinavia is great. But really this is a weird question for me, I’m quite happy living where I am which is a modest sized village in Hampshire, England. One thing I’ve learnt is that it is not all about the buildings, history or how pretty a place can look; it’s about the community in it. Friends that you can share good times with, and help each other out through good and bad times. It also helps to have some good pubs too!

Where must you visit before it’s too late?

Although I’ve been close to the Arctic Circle many times, I still haven’t seen the Northern Lights.

If you had to work in a different industry, which one would you choose?

Well it’s getting a lot of attention now, but space launch vehicles and the aerospace industry still excites me. The physics of getting these huge pieces of metal into the air and also into space is fascinating. I still can’t get my head around how a Boeing 747 can actually fly. Anyway I’m not quite ready for putting out to pasture yet, so there may still be time for me to get into it. 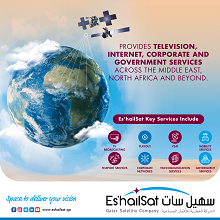