Tweet
On the move: critical communications for the transport sector 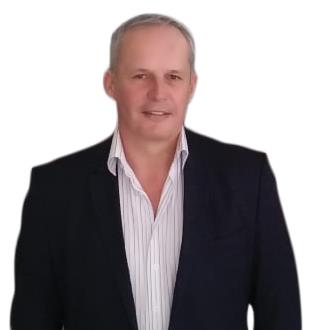 The pace of change in the transport sector is dramatic. PwC has calculated that global transport infrastructure investment is projected to increase at an average annual rate of about 5% worldwide from 2014 to 2025.

The type of infrastructure being developed may vary across global regions, but this general trend of investment remains constant. In Africa there has been a significant investment in major rail projects. This includes the Mombasa-Nairobi railway, for example, which was unveiled in the summer of 2017 and is Kenya’s largest infrastructural project since independence in 1963. The 80% Chinese-financed 472km railway will run from the country’s biggest port, Mombasa, to its capital, Nairobi. In South East Asia, where overall investment levels are particularly high, there has been a similar focus on rail projects, but this has also been matched by a focus on smart highways and autonomous vehicles, including recent news that self-driving taxis are set to be piloted in Hunan, China.

Whatever the transport mode, however, robust and reliable communication networks are critical to the success of operations, across both the public and the private sector. And as the pressure to operate as efficiently as possible mounts, so too does the ability of those networks to intelligently and dynamically reroute vehicles at the click of a button. This means transmitting data at the same time as voice – not a new requirement in itself, but thanks to the growing role of video and high-bandwidth applications, the sheer volume of data that organisations need to be able to process and analyse has gone stratospheric. Whether we’re talking about CCTV on board trains, live mobile departure and arrival information for passengers, or behind-the-scenes applications for crews to access, the data that transport communication networks need to handle is rich, dynamic and broad.

How, then, can the transport sector best deal with these pressures and demands?

There are two major trends in the sector which underpin the needs of critical communications networks. First, the data used to drive dynamic decision-making – such as rerouting vehicles or assigning particular drivers to particular tasks – has become far broader and richer, and analysable in real-time. From GPS trackers to sensors which measure passengers, loads and vehicles themselves, from connected thermometers to demand-responsive services, transport providers are dealing with an extraordinary range of information, which they need to analyse and harness on the move.

Second, transport providers are under greater pressure than ever before to offer cost-effective and highly efficient services. In many parts of the world, providing sufficient public transport to meet the needs of a dispersed and aging population is a major challenge. Meanwhile, climate change and the need to operate as responsibly as possible in terms of environmental impact is at the forefront of public consciousness.

In practice, this means that transport operators need to be highly responsive to changing, on-the-go demands, and highly intelligent in terms of route planning, vehicle and driver allocation.

In the past, TETRA (Terrestrial Trunked Radio) has provided an effective and efficient foundation for critical communications networks. Thai state-owned operator CAT Telecom, for example, recognized the vital role that PMR can play by announcing plans last year to deploy a nationwide TETRA network covering more than 200,000 users including government departments, emergency services and other vital industries, including transport operators. In Africa TETRA also remains a common critical communications standard, particular in the transport sector.

The reason for this is simple – TETRA still carries plenty of powerful advantages. Specifically designed for use by the emergency services, military and government agencies, its resilience and reliability is therefore ideal for mission-critical contexts, where downtime is not an option. It is also better placed than many emerging technologies when it comes to handling communications over long distances. However, as that demand for higher bandwidth and data-rich applications increases, TETRA needs supporting.

This is where LTE networks, which offer greater capabilities when it comes to video and other data-heavy use cases, come in. LTE networks enable transport operators to integrate data with their voice communications and therefore integrate smart transport technologies seamlessly into a single communications network. Here, a hybrid approach can offer the best of both worlds.

What might this look like in practice? A rail operator might use a TETRA network for its core voice communications, ensuring, for example, that drivers can communicate consistently with stations and centralised staff. An LTE broadband overlay could offer high bandwidth data communications for real time passenger information apps – keeping users updated on journey progress – and security and surveillance systems.

As the demand for mission critical LTE services increases, and as the standards mature, the availability of LTE frequencies, and even 5G connectivity, for private users is likely to increase too, heralding the viability of hybrid critical communication networks.

In Africa, adoption of mobile cellular technology is in full swing and with these technological advances, comes the growing reality of private mobile broadband access – access that can be readily utilised in mission transport critical applications.

The transport sector has mobility at its core and its approach to mission critical communications must move at the same pace in order to deliver both reliability and technical innovation.