Formerly technical advisor in charge of digital transition projects, Galley, will take the head of the structure, following a decree dated October 15, 2020.

The regulator is the institution responsible for regulating the electronic and postal communications sector in Togo. Its prerogatives include managing and controlling state-approved telephone operators, issuing licences for independent networks and managing radio-electronic frequencies.

Set up in 2015 the entity replaces the ART & P (Regulatory Authority for the Post and Telecommunications sectors).

Earlier this year, ARCEP appointed a raft of members of the  management committee. They were Haringa Yaou, telecom engineer, chairman of this committee, Colonel Cossi Sogoyou, senior officer of the Togolese Armed Forces, Messan Awoh Dedji, divisional commissioner and Djahlin Broohm, economist. It is understood that a fifth member has yet to be appointed. 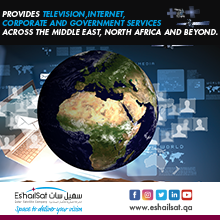