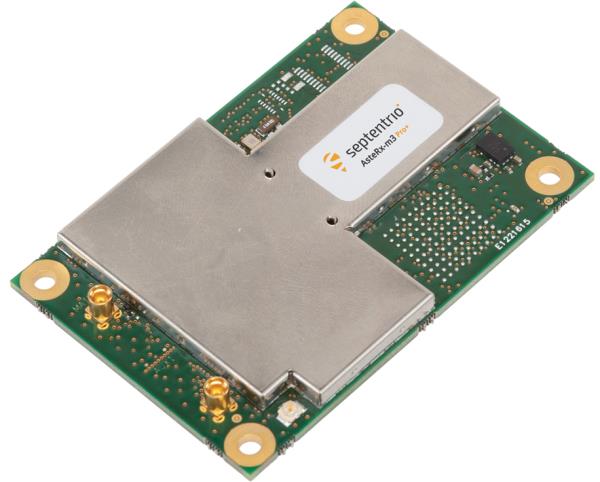 Three credit-card sized devices to track machinery and vehicles through satellite positioning have been introduced by Septentrio.

Called the AsteRx-m3 range, they are the latest in the company’s GPS/GNSS OEM products and are said to have the lowest power consumption on the market, allowing longer operation times.

Septentrio says that all three of them deliver centimetre-level accuracy, availability and reliability.

The AsteRx-m3 Pro is a rover receiver, for fitment on moving objects, which uses tracking signals from all available GNSS constellations on three frequencies.  Said to be simple and powerful, it operates both in single and dual antenna modes.

The AsteRx-m3 ProBase is designed to operate as a reference station for RTK and PPP-RTK networks.  It can also be used as a base station or for network densification.

And the AsteRx-m3 Pro+ (pictured) is, says Septentrio, a full-featured OEM receiver board flexible enough to fit into any application and to be used either as a rover or a base station in a single or a dual antenna mode.