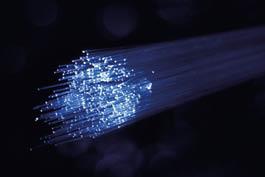 Cameroon and Gabon have deployed and officially launched a 22km interconnected fibre optic network, which means telecommunication exchanges between the two countries will be direct and not via international sub-marine cables, thereby reducing cost.

Ngongeh Ayafor Clement, technical director at Cameroon Telecommunications (Camtel), explained the backbone of each country was connected via Kye-Ossi in Cameroon and Bitam in Gabon.

The deployed infrastructure consists of a 96-strand G652 type fibre optic laid underground, with a joint box located on the River Ntem Bridge separating both countries.
“Appropriate measures have been taken to secure this new, latest-generation infrastructure from vandalism,” said Clement. “The interconnection has been tested and confirmed technically viable and the availability of service rate stands at nearly 100%, in accordance with ITU standards.”

This development stems from an MoU signed November 2019 in Libreville between Gabon and Cameroon and forms part of the broader Central African Backbone (CAB) project.

“Optic fibre plays a vital role in sub-regional integration,” Likeng added. “That is why we are investing in joint projects…their deployment

The infrastructure is expected to increase ICT adoption and reduce the digital divide, improve quantitatively and qualitatively offer of digital services at reduced cost and foster sub-regional integration.