Alastair Williamson, CEO at Wyld Networks looks at why agriculture is turning to the IoT for help and the role of satellite comms

According to a recent UN report on the State of Food Security and Nutrition in the World, between 720 and 811 million people in the world went hungry in 2020. Using a different indicator that tracks year-round access to adequate food, the UN says that nearly 2.37 billion people - or 30% of the global population lacked access to adequate food in 2020 – a rise of 320 million in just one year.

In regions across Africa and SE Asia the challenges are particularly acute, compounded by the impact of the global pandemic and climate change. According to an ‘African agriculture and Covid-19 report published by McKinsey, some 650–670 million people in Africa, roughly half of the population, already face food insecurity. Meanwhile, a report entitled ‘Food Security in Asia and the Pacific’ produced by the Asian Development Bank’ says that over half a billion—or about 14% — of Asia’s population are undernourished, more than all the undernourished in Africa. 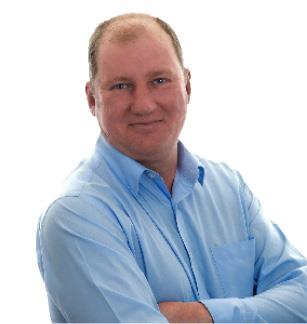 While many nations already face a food crisis, the problems are only going to get worse. The United Nations projects that the world’s population will reach 9.7 billion by 2050, requiring global agricultural production to rise by 69% from 2010 levels to meet this population demand along with the increase in calories per capita intake.

To generate increases in yield without a major increase in land resource is going to require major changes in the face of climate change; forcing agricultural producers to battle against water shortages, increasing temperatures and more freak weather incidents. Meeting these targets will require a commitment and investment from

Governments along with a quantum leap in harnessing the power of technology and take up in farming.

This transformation is already underway and at its heart is a growing, super-efficient agritech ecosystem with a dynamic, wirelessly connected Internet of Things (IoT). Over the last few years, IoT has emerged as one of the most important technologies of this century to create communications between people, process and things and deliver rich, insightful and actionable data. And agriculture is one of the fastest growing markets. According to the ‘Worldwide IoT in Agriculture Market Size 2023’ report from Statista, it is expected that the global agricultural IoT market will reach almost 30 billion U.S. dollars by 2023.

Demand for data
Fundamental to the agricultural innovation revolution is the need for more data points to give agronomists, engineers, designers and farmers a highly granular data picture of the food production cycle. BI Intelligence predicts that by 2035 there will be over four million data points per day on the average farm - an eight-fold increase on 2020.

For example, the moisture level of soil at different locations and depths across a farm helps to calculate the best times for sowing and harvesting, while detecting temperature changes in a greenhouse makes it possible to adjust ventilation and irrigation accordingly.

So much of agricultural success depends on being able to accurately measure and translate environmental conditions into intelligent insights and acting upon them – presenting truly enormous possibilities for agricultural IoT. Sensors measuring the location of livestock, weather or soil conditions are relatively cheap and straightforward to deploy yet deliver unparalleled visibility and benefits across the biggest farms and ranches.

Farmers can monitor field conditions from anywhere, with data flowing seamlessly from sensors to the cloud and on to a laptop or cell phone app. This increases operational efficiency, lowers costs, reduces waste and improves the quantity and quality of yield. For example, it is estimated IoT could save up to 50 billion gallons of water annually, as sensors help farmers to optimise water usage.

A study conducted by OnFarm in the US found that the use of IoT on the average farm, increased yields by 17.5%, reduced energy costs from $13 to $7 per acre, and cut water use for irrigation by 8%. The US, where IoT is currently most widespread, produces 7,340 kgs of cereal per hectare of farmland, compared to the global average of 3,851 kgs of cereal per hectare.

Connectivity problems
Designing, producing and deploying sensors and devices needs to go hand in hand with connectivity improvements. The full benefits of the IoT will never be achieved while some 3.5 billion people still do not have access to or cannot afford the internet, while mobile cellular networks only cover 20% of the earth’s surface and low-cost access only covers about 1%.

IoT devices in agriculture usually have specific communications requirements such as low cost, low power, long range and low data rates, which have driven the development of new connectivity technologies such as Low Power Wide Area Network (LPWAN), non-cellular standards like LoRa and Sigfox along with cellular standards like NB-IoT and LTE-M. Some of these are listed below.

LPWAN makes it possible to communicate at significantly longer ranges and at a much lower power consumption than cellular or Wi-Fi options. Also, as LPWAN networks can be created anywhere, they offer farmers the opportunity to have connectivity of sensors even when there is no cellular coverage.

LPWAN and especially LoRaWAN radio technology is low power – think 2 x AA batteries lasting years sending small packets of data on an hourly or daily basis to a cloud-based application and to applications that can be used on a desktop, tablet or mobile. In contrast to Wi-Fi, LoRaWAN can operate at distance, as the lower power signals operate at much longer wavelengths. This means data can travel 10-15km without reaching much resistance. For billions of the sensors that will come online over the 2020s data packets will be small – temperature, humidity, ammonia readings etc. – and for these, LoRaWAN is a game changing solution.

Sensor to satellite
But even with all these benefits, LoRaWAN is limited by scale. On farms in Africa and SE Asia, 10-15kms is nothing. That’s why an emerging technology in agritech is sensor-to-satellite connectivity. Using LoRa, it is possible to send data from a farm directly to a Low Earth Orbit satellite without the need to maintain a terrestrial LoRa network. Effectively, the terrestrial gateway is replaced by a gateway in space, freeing up sensors to be placed literally anywhere on the globe, however remote.

This means unserviced connectivity areas will come into range, while access to remote data opens up new applications. For example, a crop requiring a certain soil type, water input and fertiliser may become possible in a given environment if the true information of the ecosystem is understood, both on a macro level and in a highly-localised way. Specific, granular conditions can alter inputs to improve yield and reduce environmental impacts. The opportunity to blend this data with highly local satellite imagery is a potential game changer. 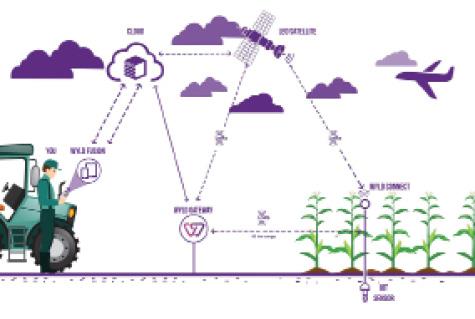 Future harvests
There is a massive potential for IoT innovation in global agriculture, connecting wireless sensors, from the corn and wheat heartlands of the USA, to sub-Saharan cassava production to livestock farms of South East Asia and farming in any urban global area. East-West Seeds Philippines is one organisation working with Wyld Networks to capture critical data from vegetable farming across South East Asia in order to improve sustainable seed production for farm and research environments.

In addition to helping to meet the growing demand for food, the sensor-to-satellite revolution will also support struggling economies. Agriculture is also one of Africa’s most important economic sectors, making up 23 percent of the continent’s GDP. In sub-Saharan Africa, it provides work for nearly 60 percent of the economically active population, while Africa’s exports of food and agricultural products are worth between $35 billion and $40 billion a year.

According to McKinsey, IoT in Agriculture could add $500bn to global GDP by 2030, a critical productivity improvement of 7 to 9 percent for the industry if connectivity issues can be resolved.

With sensor-to-satellite, the cost for access to the internet for IoT devices using this technology is expected to be only a few dollars per node per year. With sensors able to run off low voltage batteries or small solar cells, this will enable IoT technology to reach everyone.

So, this revolution in satellite IoT technology will overcome the two key barriers to universal access – global coverage and affordability - and as such can truly be termed as technology to democratise the IoT and help to deliver against the ever demanding environmental and agricultural targets lying ahead.