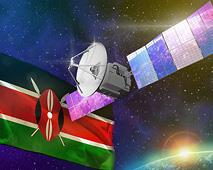 Kenyan space company SayariLabs and EnduroSat have signed a commercial agreement to launch Kenya’s first 3U software-defined nanosat called Taifa-1 (‘one nation’ from Swahili), to be launched by SpaceX’s Falcon 9 in Q4 2022.

The nanosat will be loaded with a hyperspectral, Earth-observation camera that will help customers with environmental, wildlife, agricultural monitoring, and land use mapping, in their mission of preventing calamities in the region. In the past decade, east Africa has been hit with heavy droughts and wildfires, causing water crises, and damages of local agriculture and food supplies.

“Over the past decades, space and satellite industries have been reserved for the wealthy and mighty,” said, Aaron Nzau, founder and chief executive officer (CEO), SayariLabs. He added that the company “is on a mission of democratising these industries for all interested players in the African region” and in making Kenya a space giant in the next generation. “With the advancement of technology, this fantasy is quickly becoming a reality,” Nzau continued. “Our partnership with EnduroSat, a leading company in this industry, is a major game-changer and it strengthens our hope and belief of being a major space and satellite solution provider in Kenya, the African region and other parts of the world.”

Raycho Raychev, founder and CEO EnduroSat, added: “I am really proud to have the opportunity to support SayariLabs in their efforts to bring space closer to thousands of people in Kenya.”