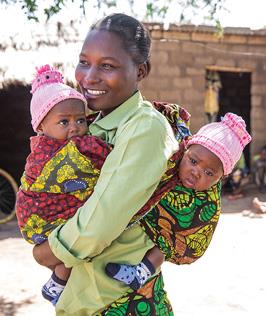 Tanzania has launched a system dubbed “M-Mama” that uses a mobile platform to connect pregnant women in rural areas to emergency transport in a bid to reduce maternal deaths.

The country’s president Samia Suluhu Hassan introduced the system dubbed “M-Mama” that uses a mobile platform to connect pregnant women in rural areas to emergency transport in a bid to protect pregnant and postpartum women.

Funded by Vodacom Tanzania in collaboration with the Ministry of Health, the platform was introduced as a pilot in Shinyanga and Sengerema in 2017 where it helped a total of 12,000 mothers and children and reduced deaths caused by lack of emergency transport.

Speaking during the launch in Dodoma, Hassan said the platform was complimenting a 2017 government campaign known as “Jiongeze Tuwavushe Salama” which focused on a similar issue of reducing maternal deaths.

“The comfort I have today is to see this system we are launching today has gone to pilot and has produced positive results to save the lives of pregnant women and their babies, but also I heard processes are underway under the cooperation of the Ministry of Health and Vodacom to design a system that will track drugs from the manufacturer to the end users,” she said.

This service will be rolled out in 14 regions under Vodacom funding, while the government has bought 233 ordinary ambulances that are expected to be deployed across Tanzania while another 25 with referral status are also expected to arrive.

“The pilot phase of the M-Mama programme, we managed to serve almost 10,500 women and 2,300 new-borns,” added Sitholizwe Mdlalose, managing director, Vodacom Tanzania. “We registered 200 drivers and gave entrepreneurial training to 100 in the Sengerema District in Mwanza and Shinyanga. Childbirth is a joyous occasion as per many African traditions. It is a cause for celebration. No woman should have to give up her life to bring in the next generation. We can do better.”