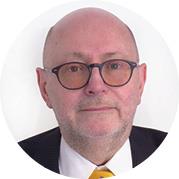 As I sit to write this column more than one-twelfth of 2022 has already become history. The year is a significant one for GVF as it is the organisation’s Silver Anniversary, and we are celebrating a quarter century as the only global trade association representing the entire satellite ecosystem. We have tweaked our logo design to point-out this anniversary milestone, launched a new version of our membership newsletter – now called GVF FOCUS – and resumed our acclaimed Webinar Series, as well as launching an industry-wide marketing group called #GenSpace.

#GenSpace is all about increasing awareness of satellite industry innovation and correcting misperceptions about satellite connectivity. This is being achieved through leveraging the combined marketing power of GVF member organisations – rather than promoting specific company proprietary messages – fostering greater understanding of common and pan-industry trends. Example topic areas include developments in software designed satellites in the space segment, multi-orbit antennas/modems in the ground segment, Cloud-based partnerships in delivering applications, and standards-based networks in enabling infrastructure deployments.

GVF member companies will share facts and stories showcasing the power of satellite innovations that help meet the ever-increasing global demand for connectivity and you can follow this information and knowledge trail under the hashtag “#GenSpaceGVF” on GVF’s Twitter and LinkedIn accounts.

Of course, fulfilling the mission to explain and inform has been what has driven the GVF Webinar Series. Since its inception in May of 2020 the Series was the GVF response to the travel limitations of Covid-19, and despite relaxations of such restrictions the global popularity of the Series mandates that we continue with it. The first of the 2022 Webinar Series covered the difficult subject of spectrum regulation – but from an unusual angle.

During ‘Spectrum Regulation and Business’ an audience from 52 countries had the opportunity to interact with an expert line-up comprising Jennifer Manner of EchoStar, Alex Epshteyn of Amazon, Mohaned Juwad of Intelsat, and Daniel Mah of SES, on how decisions made on global satellite spectrum matters impact satellite businesses everywhere. Starting with an appraisal of how the decisions coming out of WRC-15 and WRC-19 impacted the panellists’ companies and the wider industry’s bottom line, the dialogue went on to cover how spectrum experts in satellite companies work with colleagues on the business side to develop strategies to secure new spectrum or preserve existing spectrum rights. The global audience posed numerous questions, many answered during the webinar (which you can watch at https://gvf.org/webinar/spectrum-regulation-and-business/ and others answered in writing, post-webinar, which also can be seen using the above link.

An upcoming topic in the Webinar Series (webcast on 24 February 2022) is ‘NGSOs: Not Just for New Entrants’. This event will look at how much of the traditional GEO operator community (e.g., Echostar/Hughes, Eutelsat, Inmarsat, Intelsat, SES, Telesat, Viasat) is looking to NGSO to bring an extended range of connectivity options, to offer new services, and to ensure that their market offerings more clearly mirror the demands of an increasingly broadband, increasingly mobile-centric world where the terrestrial and non-terrestrial meet. The discussion will examine the NGSO strategies of traditional GEO operators, understand the respective rationales, and explore the evolving characteristics of a space segment in flux.

Over the almost two-year history of the GVF Webinar Series we have covered issues directly, or indirectly, related to Humanitarian Assistance and Disaster Response, a topic of prime importance in the satellite world. Though not a GVF Series webinar, I will in mid-February have the pleasure of moderating a webinar – ‘Advancing Disaster Resilience through Game-Changing Emergency Telecommunications’ – in the REDCON Asia Webinar Series which is leading up to the ‘Resilience on Emergency and Disaster Conference’, taking place 7-9 December 2022 at the United Nations Conference Centre, Bangkok.

Although this webinar and the Conference are Asia-Pacific-centric, the subject matter and principles to be covered are universal issues for all regional geographies – particularly those most likely to be affected by natural disasters but also those affected by human-made disaster – where the imperatives of rapid deployment of emergency and restorative satellite communications apply. The webinar’s wide reaching dialogue will feature as panellists Simon Gray, Senior Vice President, Civil Government with Eutelsat; Yasir Hassan, Director of Transmission Operations with Arabsat; and Vaibhav Magow, Associate Vice President with Hughes Network Systems.

Finally, I mentioned above our re-branded newsletter (sent to Members and other subscribers), GVF FOCUS. A feature of GVF’s anniversary celebrations included in the fortnightly issues are recollections from satellite industry executives who have been instrumental to the foundation, development and growth of the association and you may be interested to read the perspectives of Jack Buechler of Talia, who first had the idea for a global satellite industry association (“As I recall…” - https://gvf.org/news/as-i-recall-jack-buechler/) and of David Hartshorn, now with Geeks Without Frontiers, who was GVF’s first Secretary General (“Happy Birthday, GVF” - https://gvf.org/news/happy-birthday-gvf-david-hartshorn/).

Until next time, stay well and stay safe! 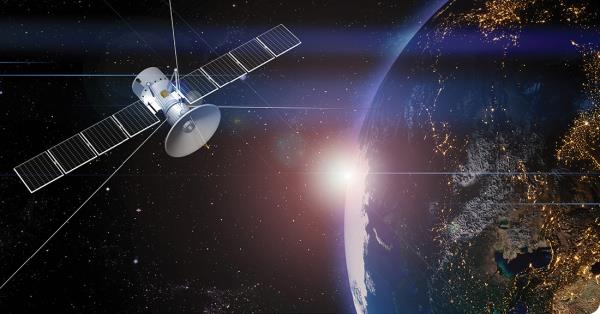