Tweet
MTN and Mafab Communications to roll out 5G from August 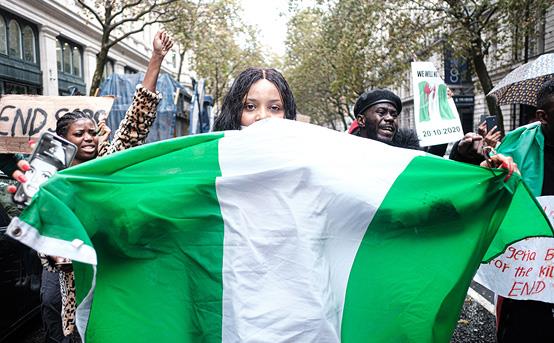 Following the auction by the Nigerian Telecom regulator in December last year of high speed telecoms spectrum, roll out by operators of 5G is now set to commence in August.

Nigeria will soon join Kenya, South Africa and Lesotho in the limited number of countries that have deployed the next-generation technology.

MTN Nigeria Plc and Mafab Communications ltd, which emerged as winners of the latest telecoms spectrum auction, are expected to begin the rollout of 5G services from August 24. This was stated by the Nigerian Communications Commission (NCC) May 4, when it handed over the final letters of award for the 5G spectrum licenses to the two operators.

According to the regulator, the award of the final letters to the two operators is expected to accelerate the rollout of the 5G network that will take Nigeria into a more robust fourth industrial revolution (4IR) and a more digitised economy. The operators are required to adhere to the planned deployment schedule. However, the NCC notes that this will require the collective efforts and support of the private sector and government.

The auction of telecom frequency spectrum in the 3.5 GHz band for 5G took place on December 13, 2021. The result of two years of preparation, it saw the participation of MTN Nigeria, Airtel Nigeria and Mafab Communications. On February 22, the National Frequency Management Council (NFMC) officially launched the federal government-approved National 5G Policy at the NCC. Two days later, the latter confirmed the full payment of $273.6 million by each of the two spectrum winners, in addition to the spectrum assignment fee paid by MTN.

“The 5G network, once deployed, will bring many benefits and opportunities that will generate accelerated growth and a “smart” way of life in the country,” the NCC said in a statement. “The technology is also expected to bring substantial improvements to the network, including higher connection speeds, mobility and capacity, as well as low latency capabilities.”