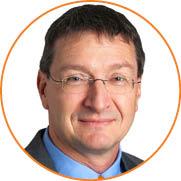 The ecosystem that first responders rely on to support them pivots around the control room and the operators carrying out their critical operations in front of their working positions (also called dispatchers or consoles). Control rooms provide essential communications, linking users in the field to a centralised command centre. Control rooms play a vital role as the bridge between the general public and the end users who utilise mission critical communications to protect people, property and communities.

For many years, narrowband LMR standards such as TETRA, Tetrapol, DMR, and P25 have successfully served these public safety agencies with voice and limited data communications applications. However, as time moves forward, so too does technology, and broadband cellular 4G LTE, 5G and beyond represent the next level of integration within the control room. While some agencies may already use these cellular connections in the event of a network failure or for special events, Mission Critical Services (Mission Critical Push-To-Talk - MCPTT, Mission Critical Data - MCData and Mission Critical Video - MCVideo, collectively known as MC or MCX services) represent a fundamental paradigm shift in capabilities. These MCX services have all been standardised in 3GPP.

While MCPTT field operation is relatively simple to understand, control room operations represent a more complex environment requiring interconnections to different management and support systems and various communication networks. Depending on the implementation approach, a significant amount of infrastructure may be owned and directly controlled by a commercial carrier. In order to increase understanding for public safety agencies, TCCA, in collaboration with other organisations and vendors, has created a Control Room Implementers’ Guide.

However, while the standards have been written, the route to actual implementation can be confusing. Control rooms are not explicitly mentioned in the 3GPP MCX standards and it may be difficult to find the relevant parts in the standards. The aim of TCCA’s Guide is to help control room vendors identify these parts and the best way to connect their systems to a 4G LTE and/or 5G MCX environment. The goal is to promote a common approach that will reduce both the number of variants and the level of proprietary interfaces.

Mission Critical standards development within 3GPP started in 2015 in 3GPP Release-13, following a major initiative from the public safety industry to create global standards with the collaboration of various government organisations, vendors and users from around the world. 3GPP Release-13 was the first to define a standard for MCX, and subsequent releases evolved the features and capabilities, maturing the standards specifications based on industry feedback. 3GPP Release-17 is the latest set of fully ratified specifications, and work is ongoing to enhance these both for 4G LTE and 5G.

3GPP Standards define the reference architecture for MCPTT, MCData and MCVideo separately, while utilising a set of common core services that are applicable to all three. The available interfaces will depend upon the MCX service provider being used, the policies in place, and the required functionality.

3GPP Mission Critical standards include specifications to interwork with legacy LMR networks via an Interworking Gateway Architecture (IWF) to enable the continued working of mission critical systems during the transition period from legacy LMR to 3GPP-based MCX systems. It may take several years for such transitions to fully complete.

Traditionally, cellular operators have operated the entirety of their cellular network. With the flexibility contained within the 3GPP standards, public safety agencies have the opportunity to develop alternative approaches. This allows the agency itself or the designated service provider to operate some parts of the network equipment, which ensures control and security remains with the agency.

TCCA’s Control Room Implementers’ Guide provides the foundation for creating a cohesive evolution from LMR to broadband-based control rooms. By following this guide in developing procurement requirements, it is hoped that vendors will not be given enough opportunity to design and build proprietary offerings, but rather will focus on standards-based solutions to reduce both complexity and cost.