Rajant has been consolidating its position as a key supplier of wireless systems to the mining industry in sub-Saharan Africa.

For around 10 years, there have been increasing deployments in major open-pit mines, where users have experienced the resilience and reliability of Rajant’s Kinetic Mesh Networks at the heart of operations.

One of the significant developments in the last 12 months is a move towards deployment in underground mines. Wireless networks in an underground environment have historically been achieved by the use of radiating cables, or “leaky feeders”, co-axial cables with gaps in the insulation that allows some of the RF signal to “leak” out of the cable and allow communications.

Due to the “leakage” of signal, line amplifiers are required to be inserted at regular intervals, typically every 350 to 500 metres, to boost the signal back up to acceptable levels. There are some limitations to leaky feeder systems. If something severs the cable, communications stop beyond the break. Another problem is that multiple leaky feeder cables can sometimes cause interference within the system. Finally, the range from the cable is limited to around 100 meters.

Working with one of our technology partners in South Africa, Poynting Antennas, Rajant has helped with the development of some advanced wireless antennas. These antennas have transformed the ability to send and receive wireless signals in a tunnel and have achieved reliable distances of up to 1 km in an underground environment.

Along with the flexibility of deployment, this means the underground mines can enjoy the same kind of connectivity open-pit mines have enjoyed for years.

With the dominance of mining as the user of critical industrial wireless systems, this can be said to be influencing the industry regarding industrial wireless applications. Fleet automation and optimisation in the mining industry continue to drive the requirement for wireless networks that can support the key requirements of resilience and extremely low latency that characterise remote operation or automation systems.

Africa is a prime target for the manufacturers of cellular mobile networking equipment. It’s no secret that unlike most of Europe, Africa is poorly served by landline infrastructure, so the operators have, for several years, focused on bringing these services to market in metropolitan areas. They are now viewing the rural areas as key growth markets.

The last five years have seen Africa experience the fastest telecoms growth worldwide, which has transformed fundamental aspects of social and business life. Mobile subscriber growth remains the fastest in the world, positively impacting telecom markets as well as African economies at large.

With such penetrations which have been seen and the development of possible new services based on 5G architecture, the operators have increasingly sought to expand their services on both public and private networks into less consumer or voice-based services, for data and commercial uses. The last 12 months have seen energetic efforts from particularly Chinese manufacturers to secure network deployments in a number of geographies in Sub-Saharan Africa where their significant existing investments in infrastructure demonstrate their focus on this geography.

It remains to be seen whether the cellular communications systems, such as LTE and the potential 5G services, can perform well in industrial environments such as mines or ports that require 100% connectivity, symmetric upload and download bandwidth, and ultra-low latency. Further, from an operational perspective, if it’s not a private network solution, not owning the industrial network infrastructure means that access to make changes and ensure maintenance is performed at operationally appropriate times can be more problematic. Finally, there’s also the question of full-life economics once the initially discounted tariffs are applied in full.

Still, there are more challenges facing Africa in the next 12 months. The continent’s

This projected growth, however, was not to be driven by the continent’s big five countries —Algeria, Egypt, Morocco, Nigeria and South Africa, which jointly grew at an average rate of 3.1%, compared with the average of 4.0% for the rest of the continent. Growth had been forecast to pick up to 3.9% in 2020 and 4.1% in 2021.

One of the world’s key markets for natural resources, China, has been at the epi-centre of the COVID-19 virus’ effects, with a tangible impact on its economic consumption of the raw materials from mining operations. The oil industry on which Nigeria has significant dependencies is suffering from a perfect storm of increased output, and massively reduced consumption as global transport is reduced.

A slowdown in the No. 2 economy and a 5% drop in oil prices over one year could mean $4 billion in lost export revenue for sub-Saharan Africa, or the equivalent to 0.3% of its gross domestic product - more than any other continent outside of Asia, according to a study by the Overseas Development Institute.

However, at the time of writing, the world is suffering the effects of the coronavirus; the social and economic effects of which cannot yet be quantified. From an African domestic perspective, it appears that as of the end of March 2020, infections do not thankfully appear to have accelerated again to the levels seen in China, Europe, and the United States. How this will play out is unpredictable.

Rajant has a strategy in Africa to build out from incredibly successful activities in open-pit mining into, as previously identified, underground mining. Beyond that, ports logistics and public safety/municipality use are key target markets.

Despite the challenges faced by all organisations, Rajant sees the next 12 months as a growth opportunity. As nations and organisations adapt to new working practices, people need to be taken out of the equation. Doing more with less people, will see automation and remote operation systems accelerate, along with the associated requirement for resilient, flexible, and easily deployable wireless networks.

We plan to continue our historical growth by ensuring our existing customers receive the latest technologies and by expanding into the growth countries identified previously: Rwanda, Ethiopia, Côte d’Ivoire, Ghana, Tanzania, and Benin. To do so, we’ll be recruiting new personnel and partners to ensure we can provide global market-leading technology with a local presence.

Rajant enables companies and organisations to build private wireless networks that support the IIoT. We refer to those very networks as “Living Networks” because they thrive in dynamic network environments where everything in the network can move and evolve as connectivity demands change. With our Kinetic Mesh technology, network infrastructures can be built with the ruggedness, mobility, and autonomous application support required in today’s demanding business environments.

By Chris Mason, vice president of sales and marketing for EMEA at Rajant Corporation 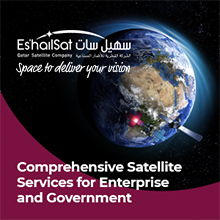